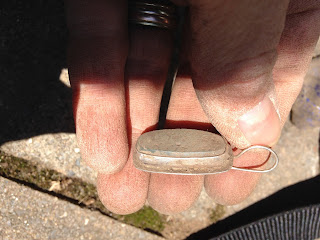 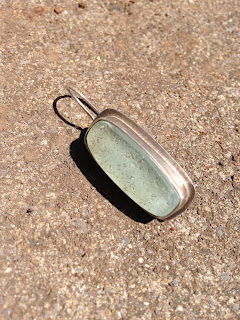 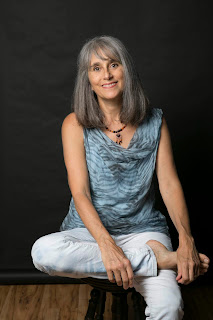 I Lost My Job

Can I write about the loss of my dayjob on a metal detecting blog?
Let’s see.

Later this week, I will submit my last stories to the University of Michigan Office of Medical Development and Alumni Relations. In one way or another, I’ve been employed by the U-M (my alma mater) for 22 years – a relationship that has supported me and my family with varying degrees of generosity. Despite its many distractions (and the cognitive dissonance of dayjob vs. artist), my work for Michigan has buoyed me through the creation of dozens of dance/theater pieces and hundreds of songs. Because of this job, I have a (very) modest retirement account that I never would have had if not for those “golden handcuffs.” Because of this job, I made some stellar friends I adore to this day.

What did I actually do? From ’96 to ’01, I was the public relations coordinator for the U-M Museum of Art. I also organized community arts events that were tied to exhibitions. That was fun.

In 2001, I took a job as a development writer for the Medical School. As part of a feisty, supportive, brilliant team, I wrote campaign copy, research descriptions and donor bios (hundreds and hundreds of donor bios, which I LOVED!) I interviewed and wrote about billionaire philanthropists. I ghost-wrote letters for various deans and administrators, and historical articles and (more) research descriptions for our beautiful alumni magazine.

The health insurance was dreamy. After years of dancing, I had my right hip resurfaced in South Carolina in 2006. It set me back $150.


Here's an example of one story I loved every minute of writing:
http://staffstories.umich.edu/genius-in-his-hands/


All the while, I was writing more and more music, zooming to Nashville to record demos and get the lay of the land. Al was touring the world with Bettye LaVette and I was home with the responsible dayjob/health insurance, feeling increasingly bitter, pulling against an oceanic current of longing to be part of a bigger songwriting scene.

In 2007, I asked my boss if it would be possible for me to move Nashville. He didn’t hesitate. “Sure!” he said. A year later, we did, with the full blessing and understanding of my amazing office mates and administration. Not only would I be writing from my home office in TN, I’d be driving all over the state visiting alumni. I set up my computer and worked 9-5, just like everyone else. Far from the distractions of the office, my productivity soared and my annual reviews reflected this.

Things happen, though, don’t they? (The next part is boring. In fact, I’m pretty sure this whole thing is boring. That’s why I’m illustrating it with items I’ve dug out of the ground.)

In 2013, there was a sweeping deck-shuffle back in Ann Arbor. A new director was hired to reorganize the entire office and in the process, it was “discovered” that there was a full-time employee (little me, trying desperately to keep my head down) in Tennessee of all places. Outrage!

A new supervisor, oozing great, smarmy “empathy” made me an offer. I could keep my job, she said, if I moved back to Michigan. I declined. They couldn’t terminate me right then because I was in the middle of a huge, multi-year writing project. But when that ended, I transitioned to free-lance.

(Even though it is beneath me, I feel a strong urge to hint at the identity of that smarmy empath. Her name sort of rhymes with “Buy me lunch” and soon after she terminated me, she was gone too. Such is OfficeLand.)

I love that the word “free” is in “free-lance.” Did I feel free tho? No, mostly terrified. When you’ve had phenomenal health insurance for years, the lack of it brews up a stew of anxiety that, in turn, makes you sick. I’m not going to rant about health care in America – not here – except to say “Thank you, ACA.”

I augmented my income with lucrative assignments from renowned medical schools in Gainesville, Los Angeles, San Diego, and Chapel Hill. And of course, I taught a zillion dance classes – gritting my teeth through the pain in my other hip joint. All of it was never quite enough to pay my part of the bills, but Al, bless him, kept touring.

I’m no innocent. As I knew would happen, the U-M freelance work began to evaporate. I’ve been physically gone from the office for years, my accomplishments and my genuine belief in the place mean nothing now.  A week ago, I got a very nice call from the truly lovely man who now heads communications there, snipping my final connection to the place. Something about a budget.


And so here I sit, trying to figure out what’s next. In the other room, I have two shelves of books about the history of the University of Michigan Medical School. I have thick files of research for all the stories I wrote, stories I cared about. Why did I care? Because I’m a carer, and it all seemed so important at the time. Even as I wrote the stuff, I tried to remember: this won’t last forever and won't mean much in the long run.


I think about health care. Who knows what will happen to the ACA in the next five years? I’ve got other some stuff going on in my body that could get rather expensive and it sure would be nice to feel like simply existing isn’t dangerous.

I’ve been applying for weeks, for work I could excel at with my eyes closed, and have not heard one thing back. I picture the 30-something HR lady looking at the year I graduated from Michigan and doing the math.

I teeter back and forth between “go get ANY JOB” and “why bother trying?” (While filling out a recent application, I was asked to answer the following question: “Do you believe in the Eternal Lake of Fire for the Unsaved? Check yes or no.”)

Notice that I haven’t said anything about trying to support myself through my songwriting? That is some pondering for another time, but suffice it to say, I’m a realist. When you blend the current state of the music “industry” together with my innate introversion and cosmic lack of drive, you get a whole lotta overwhelm. And song after song, written simply for the writing.

Goodness! That’s enough introspection to last me a good, long while. I’d walk the dogs now, but it’s too hot. Al comes home tonight after two weeks touring Europe with country music royalty Carlene Carter, whose music always makes me feel like good things happen. So maybe they will.

If you hear of anything, let me know. Meanwhile, I'll be OK. I have a shiny, new left hip and am just about ready to plunge a shovel into the ground.